Our story began several years ago, when we decided to extend our Real Estate Consulting Services to Greece, a country with breathtaking landscapes, incredible colors and unique locations that everyone deserves not only to visit but also to live in.

Our journey to the Aegean Sea started in 2012 and very soon we managed to speed up as we saw the big market potential. Gradually, we created a strong presence in the whole Cyclades, and especially on Paros Island.

We are a Greek-German Real-Estate Consulting Team that managed over the years to promote the attractiveness that the beautiful island of Paros offers, becoming then THE International Destination of the Cyclades for investment in Real Estate, either for buying or for renting exclusive properties. We managed to become the leading Real Estate Agency of the island, which became evident by the wide range of our activities and by the constant growth of our volume of transactions.

At the same time, we are the fastest growing Real Estate Agency of the Cyclades, always focusing to extend stably our activities to other islands. Already in 2017, we started our activities on Milos Island through a new local branch. But the most important: we are the Real Estate Agency that most foreign customers trust for buying their ideal property on the Cyclades, since we have the expertise to fully satisfy their needs efficiently and quickly.

We use efficient ways to identify the most suitable Property for our customers that can finally become their Dream House. In other words: our team will undertake everything to find the Best Property fitting to your Needs, your Taste and your Budget.

The Properties that we select for you meet high standards, always with regard to the attractiveness of the location and with regard to the construction quality. Our commitment in ensuring the high quality of services offered to our customers is the cornerstone of our approach and it is the element that makes us different in the estimation of our customers.

“Finding the perfect house is not just a dream, it’s a matter of Experience & Expertise”
WHY IMMOBILIEN CONSULTING?

We are not just a Real Estate Agency. We share with you each detail that is necessary to define which residence meets best with your personal Lifestyle and Standards.

We take all the necessary time to understand your needs. We operate primarily as partners and we are at your disposal for anything you need also after the purchase. The fact that we live in the same place where we also run our business differentiates us. In fact, we will be your neighbors! And we invite you to become part of our story.

We decided last year to purchase a house in Paros and emailed a few real estate agencies we found on the internet with a few requirements as to what kind of property we were looking for (budget, style, room numbers...). Errikos Kohls Agency replied promptly and very professionally. We flew to Paros for the first time and we were very warmly welcomed by Errikos Kohls agency! They showed us numerous houses, all to our liking and within our budget, toured the island with us to give us a better feeling of the areas most appealing to us and gave us honest and useful tips as to the properties we viewed.

We returned to experience Paros in winter and were blessed with beautiful weather, the charming and very helpful company and more properties to view, each very special and fully to our taste and expectations. We literally fell in Love with the last property we viewed! It was slightly above budget but a must-have in our opinion. Errikos recommended a wonderful lawyer who helped us with the rest.

Paros is a wonderful island that offers a lot and we can't be any happier to have found a "jewel" here! Errikos and Gaëlle, both of you have been amazing, kind, helpful and extremely professional! You understood immediately what we were looking for, had the right feeling for our taste and habits and never wasted a minute of our carefully planned time during each visit. As foreigners, it isn't an easy task to purchase properties abroad but Errikos Kohls Agency, fluent in Greek, English, French and German catered for all our needs, far beyond the purchase of our property.

We value you both tremendously and consider you in the meantime as friends and allies. Thank you so much for everything!

After 10 years of summer vacations in the beautiful Cyclades, we would always come back to Paros, a magic place for us.

In July 2016, we decided to look for a property and first met with Errikos Kohls Immobilien Consulting.  Errikos and his multilingual team walked us through the home purchase process and quickly understood the things that were important to us for a secondary residence. They organized everything with efficiency and attention to detail and within a week we were able to select a nice Cycladic house with pool in a beautiful location and with a fantastic sunset view. Despite the complexity of the administrative and legal procedures necessary for the acquisition of the house, Errikos was able to make it happen through his extensive network (lawyers, notaries, topographers, construction companies, etc.) and negotiation skills, and also followed up for us the total renovation of the house by a local trusted company.

It has been a pleasurable experience for us to work with Errikos and his team and we highly recommend the Kohls firm for the high quality service and professionalism to anyone who is interested in buying or renting a property in Paros.

"When we wrote Errikos Kohls from a vacation in Italy and enquiring about a potential full-time retirement home on Paros, little did we know of the adventure which was to evolve! It was a chance e-mail and a tentative step initially but, very quickly, a full-blown scheme began to emerge as we were introduced first to our current home in July, 2016.  At that time, it appeared more of a dream and the property itself did not seem to be a budget match for us whatsoever.

The following September, we arranged to visit Khols' premises in the Square at Naoussa, only to be reacquainted with the dream property which was still on the market, coincidentally.  We acceded to the team's request to, "at very least, view it" as they felt there was a true match between the property, the current owners and us as potential purchasers.  On that premise and attending to their claim to understand fully both sales' and purchasing clients' needs, we duly proceeded to view the premises.

Their claim was not wrong!  The property was way beyond anything we had envisaged, the upper terrace with views across Dyos and Dronisi sold itself to us (the attached photograph shows why!), the sellers and ourselves became friends over a very short period and after due negotiation undertaken discreetly by Khols, the deal  was agreed before we left the island and without viewing another property.

That was early October 2016. After the team at Kohls had assisted both ourselves and our seller over some very challenging personal circumstances and subsequently having sold our property quickly in London, we were safely ensconced in our new home by January 2017.

Our dream had come true thanks to Erikkos Kohls and to the entire team of professionals to whom they introduced us. In typical Greek and, particularly Parean fashion, nothing was too much trouble and the process was made very simple for us despite the unfair impression of the Greek bureaucratic system.

Now, one and a half years later, we are part of the most wonderful community around Dryos and are heavily involved in church and artistic activities all over the island.  Paros has become the home we dreamed it would be and we are truly living our dream to the maximum - and then some!  Our most grateful thanks go to all who helped us along the way." 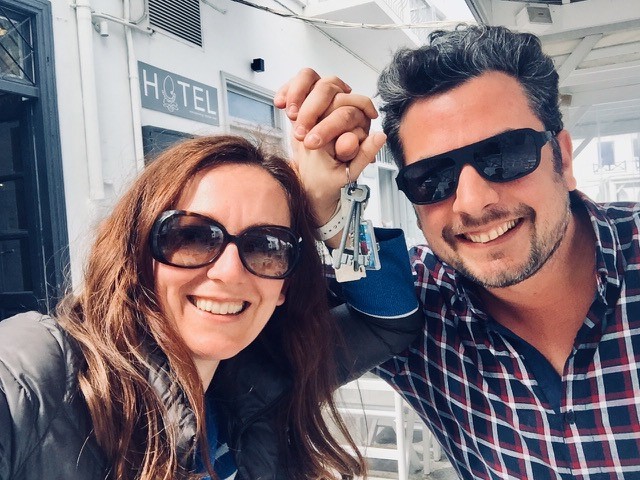 Our agency had the pleasure to appear in the Forbes Magazine (GR June 2016) sharing with a large public our love for Greece, the Cyclades and more especially the Real Estate market development of Paros.

The idea to buy a secondary residence in Greece had been on our mind for the last 2-3 years. When we found Errikos Kohls immobilien Consulting through a web-research, our idea quickly became reality. From the beginning, we faced a very customised approach and highly professional support also for legal questions. Apart from a large offer of suitable properties, that Errikos Kohls presented us, my wife and myself were impressed how the team was continuously asking about our needs and our personal preferences all through the research process. Very nice experience to work with these people. It took us only some days to decide on the ideal property and our idea of our Greek home became reality. We highly recommend this agency. 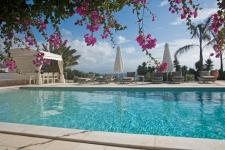 We were impressed with Errikos Kohls’ service right from the first contact, when we called him from the UK, to the completion of the purchase and beyond. His knowledge of the local market, honesty and negotiation skills exceeded our expectations. Unlikely that we will use his services again….as we have found our ideal holiday home, but we would unreservedly recommend him to anyone that is thinking of purchasing a home in Paros!

I’m pleased to write few words about my experience with Errikos Kohls real estate agency. I bought an apartment in Drios last year and I’ve been admirably assisted by the staff. They helped me in everything from the beginning till the end, also to empty the apartment giving to the Charity all the old furnishings, to connect me with the construction company for the renovation and helping me to go back home when a strike blocked me in Paros!

They are very professional, serious and reliable. Thank you once again !

Errikos and Gaelle couldn’t have been more helpful, they went way beyond the call of duty to make our Greek house buying experience a very enjoyable one. If only house buying could be made so easy in England too. We would highly recommend them to anyone lucky enough to be looking to buy on Paros. After being guided by them through such an exciting and life changing time for us, we are lucky enough to now not only have a gorgeous house in Naoussa, but have new friends, Errikos and Gaelle, who welcome us back each time. We wish them all the greatest success in the future.